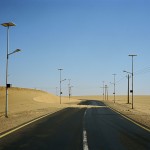 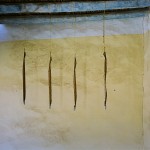 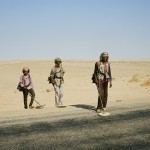 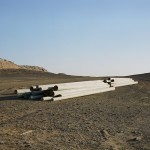 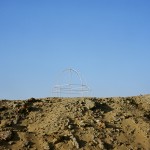 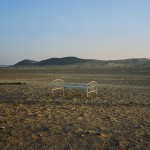 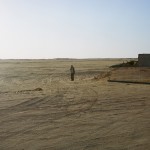 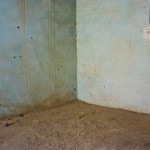 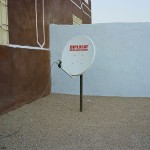 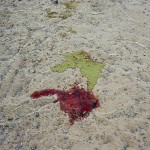 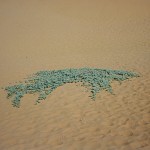 The disintegration of Sudan into two separate countries was forced by China and the USA and results in far-reaching consequences for the whole Horn of Africa. Northern Sudan, after the loss of a large portion of revenues from oil in the borderland with what is now the South Sudan, is desperately looking for new sources of income. The scheme includes the construction of a series of dams on the Nile to acquire hydroelectricity. As a result, water reservoirs start to occupy agricultural land, the only fertile belt along the Nile. This makes it necessary to resettle people living along the riverbanks and to find new sources of income for them.

But not only farmers and the Sudanese government (backed by foreign construction companies) are taking part in the race for the land. Gold seekers and archaeologists join in. Economic turmoil after the state demerger and the increase in gold prices attract people from all over Sudan, who transform the desert into hundreds of open-pit mines. Archaeologists are coming to take part in the rescue action to unearth and save traces of past civilizations before the water covers them forever. They are attracted by the partage, a system non-existent outside of Sudan, which allows them to take a part of excavated artifacts to the home museums.

Despite their co-existence within the same space, all of the contenders for Sudanese land refer to different values and construct different narrations to underscore the importance of their actions. Although they share the same subjective treatment of space, they reveal diverging approaches to the land and its resources. They experience the same space, but live in differing times. Archaeologists self-identify and achieve the self-assurance needed to maintain their work through the narration of the rescue and protection of the past. This is based on the Western philosophy, where material traces of the past are important for the preservation of the cultural continuity and tradition. Their everyday life is the past day of Sudan. People from places in which research is carried out, in turn, are strongly anchored in the present; they aim to maintain the status quo, and above all to stop the inevitable changes caused by the dam construction. They are not interested in the past and the remnants of older civilizations among which they live. Their protests to stop constructions are bloodily suppressed. In contrast, the government, construction companies and gold seekers are focused on the future time, which they hope will bring returns from their current investments.